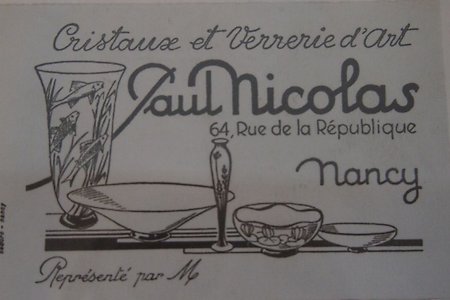 As we have mentioned elsewhere, we have recently acquired a major collection of Paul Nicolas related items (Paul was Chief Designer at Galle and later went on to make glass under his own name and for St Louis under the name D'Argental). Many of these pieces come direct from his extended family, and include not only his glass (and original art) but also gifts both to and from him. 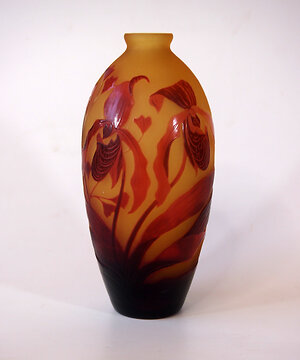 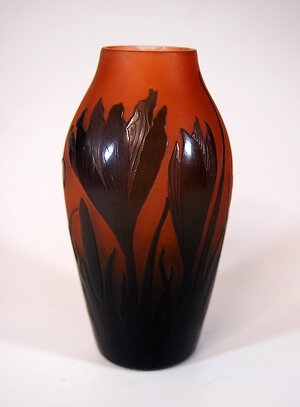 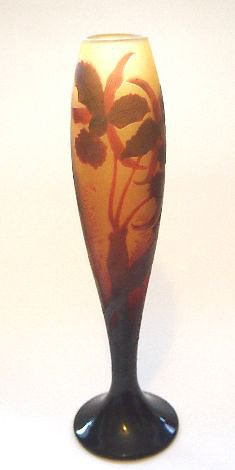 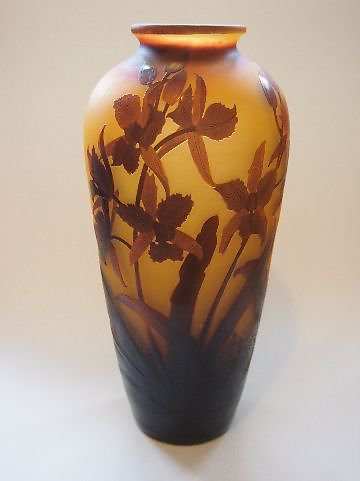 Spectacular c15 inch tall D'Argental Cameo vase made by Paul Nicolas in browns and oranges decorated with flowering orchids c1920, signed with Cross of Lorraine acquired from the Nicolas family. This vase was recently displayed at St Louis Exhibition at the 'Abbeye des Premontres' (May to September 2013) -with letter of provenance form the family Price £3,950 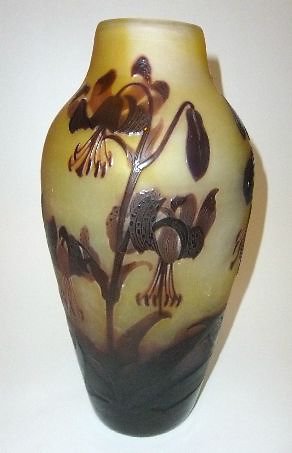 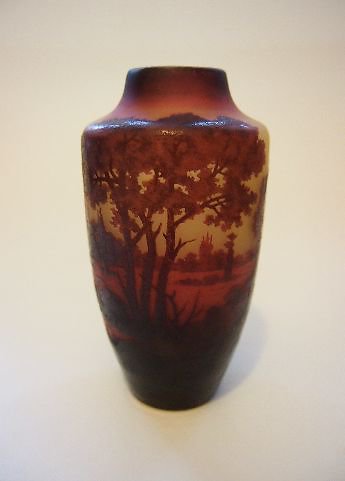 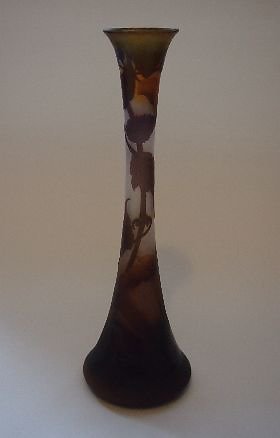 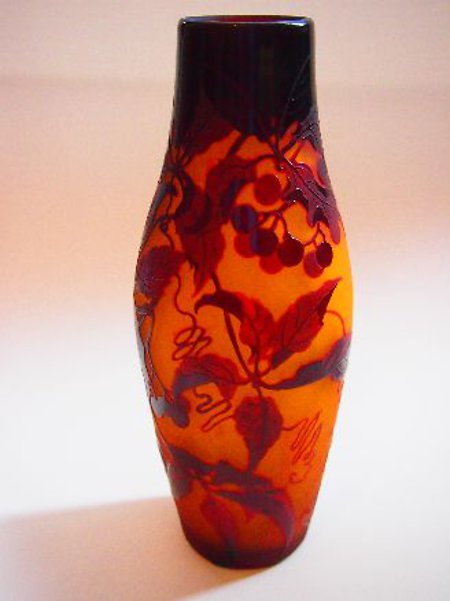 Stunning tall thin D'Argental cameo vase c1922, over 10 inches tall displaying leaves and flowers in very unusual greys and purples. Signed D'Argental with cross of Lorraine. This piece was will have been designed and made by Paul Nicolas himself (ex chief designer from Galle) and came from the collection of one of his children. Price £1,800

Stunning large c30cms grey and blue on white cameo landscape vase with lakeside scene and buildings, signed D'Argental with a SD, these vases were made at Saint Louis, prior to the arrangement with Paul Nicolas, c1919. Price £1,650 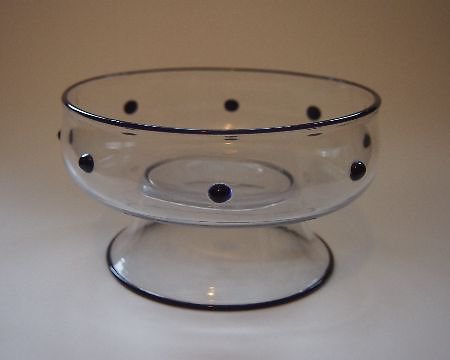 Rare St Louis dark blue applied on clear bowl from a short lived range specially designed by Paul Nicolas, signed, c1926 this bowl was in the recent St Louis exhibition in France and comes with a letter of provenance. Price £1,100 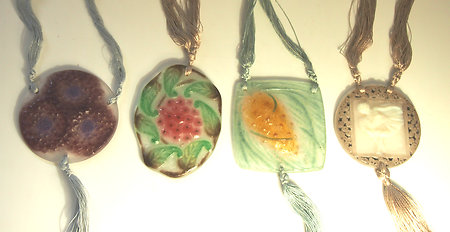 This breath taking collection of pendants belonged to the wife of Paul Nicolas.

Each of the exceptionally rare G. Argy-Rousseau pendants, were gifts in the mid 1920s from husband to wife, some of them were purchased in Genoa -a favourite place for the husband to go on painting trips.

These pendants were left to a direct descendant, who has entrusted them with us to sell. Each comes with a 'Certificate of Authenticity' signed by the descendant telling of their origin and briefly detailing her ancestors key role in Glassmaking. All the pendants have been strung on original early French silks. From left to right:

Tweets by @manddmoir
©2022 M & D Moir is powered by WebStall
Cookies are set by this site. To decline them or find out more visit our cookie page