This page has special items from the bohemian glass schools and the workshops/factories around them. The two most well know schools were Steinschönau(German)/Kamenický Šenov(Czech) and Haida(German)/Novy Bor(Czech). There were also glass schools in Prague and Železný Brod. All the items made in these areas were only done in the smallest production runs. 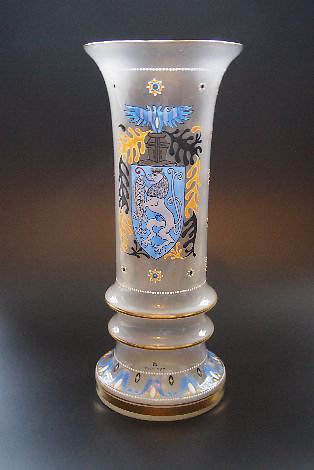 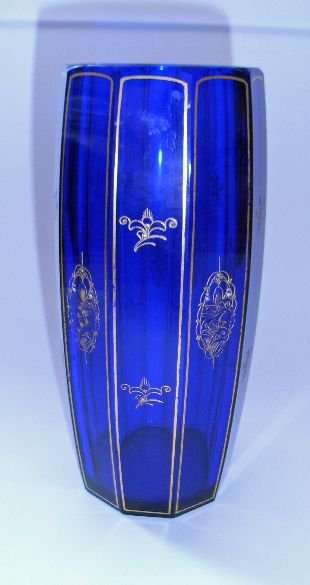 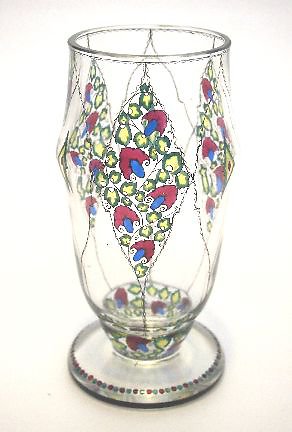 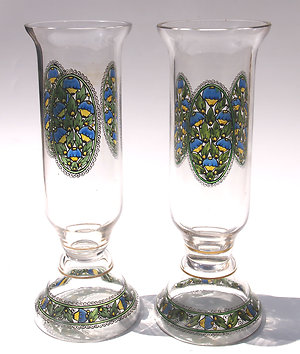 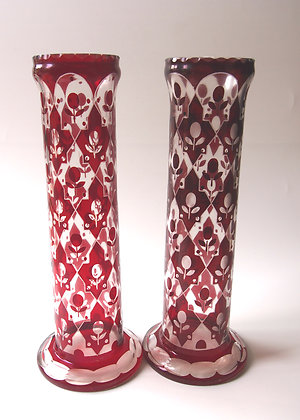 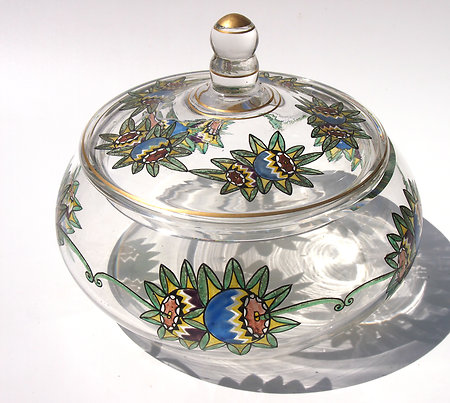 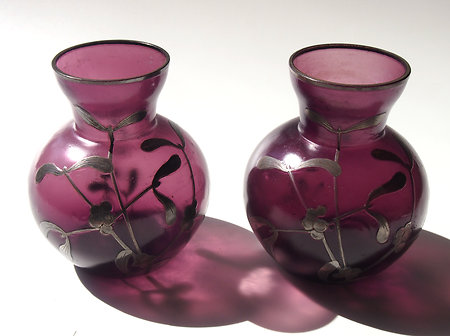 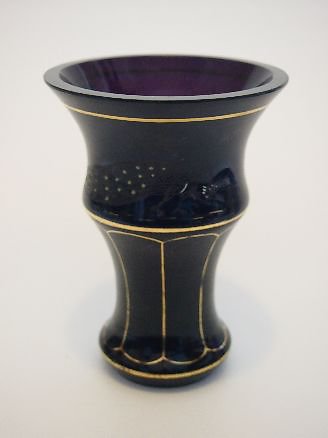 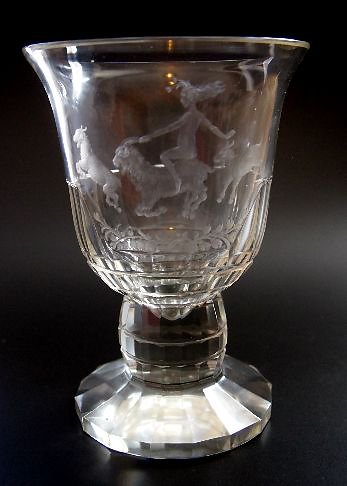 Stunning pagan festival Vase by R. Cizek, cut by A. Schroter Produced Haida c1910 -this vase is featured in the 1907 book on new glass by Pasaurek. Price £1,100

Super small red footed banded acid cut back vase, with a leaf and spiderweb pattern (click on the image for a closer view of the spiderwebs) c5 inches tall - Haida c1925. Price £295 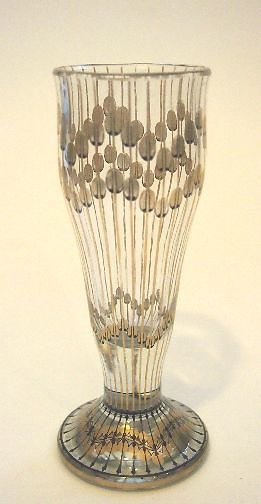 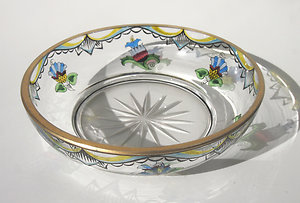 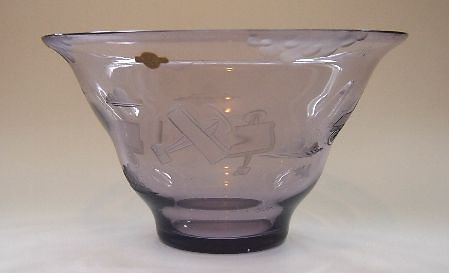 Amazing purple bowl, around 8 inches across bowl, decorated with by biplanes, clouds, moon and other sky related images. It still has its original label from the Železný Brod school - almost certainly a student piece - and is signed JL 1937. Price £650 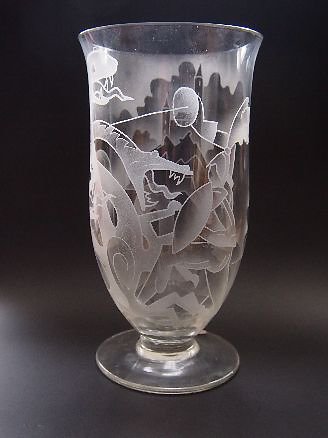 Very rare and early Hlousek sand blasted vase depicting a knight fighting a three headed hydra with a castle on a hill behind. Around 11 inches tall. Hlousek, a Železný Brod graduate was one of the originators of sandblasted glass techniques like this, it still has its original label, c1930s Price £1,250

Tweets by @manddmoir
©2020 M & D Moir is powered by WebStall
Cookies are set by this site. To decline them or find out more visit our cookie page